Dr Manas Sinha is a vastly experienced consultant cardiologist based mainly in Wiltshire, also attending to patients in Dorset and Hampshire. He specialises in all areas of cardiology, particularly cardiac screening, high blood pressure and angina. His personalised patient care over twenty-five years of experience, thirteen of those as a consultant, has enabled him to grow into one of the most respected cardiologists in his region.

After graduating from St George's, University of London in 1994, Dr Sinha received his MD for research in acute coronary syndromes. He later received cardiology training in both London and Wessex before accepting consultant cardiologist positions at both Salisbury District Hospital and Nuffield Health Bournemouth.

Dr Sinha is a fellow of the Royal College of Physicians, which is one of the highest honours that can be given to a physician. Additionally, he is a member of numerous organisations including the British Medical Association, British Cardiovascular Interventional Society, General Medical Council and Medical Defence Union.

He has also written and contributed to numerous cardiological publications.
Read more 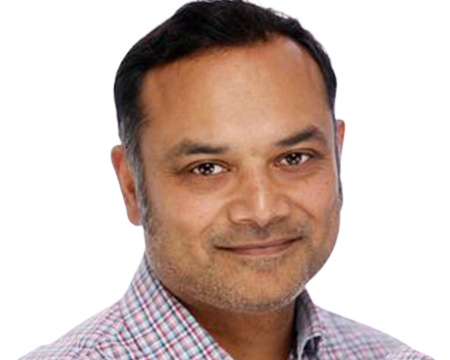 Index:  What is hypertension?...

What is heart failure? Heart failure is serious and results from various heart conditions. ...

Very effecient and supported my an excellent team

Dr Sinha was extremely helpful in our first meeting re my aFib. I learnt a lot from him and he came to a quick decision to arrange my cardioversion. I was delighted to receive a successful result from his excellent work.

Any cookies that may not be particularly necessary for the website to function and is used specifically to collect user personal data via analytics, ads, other embedded contents are termed as non-necessary cookies. It is mandatory to procure user consent prior to running these cookies on your website.